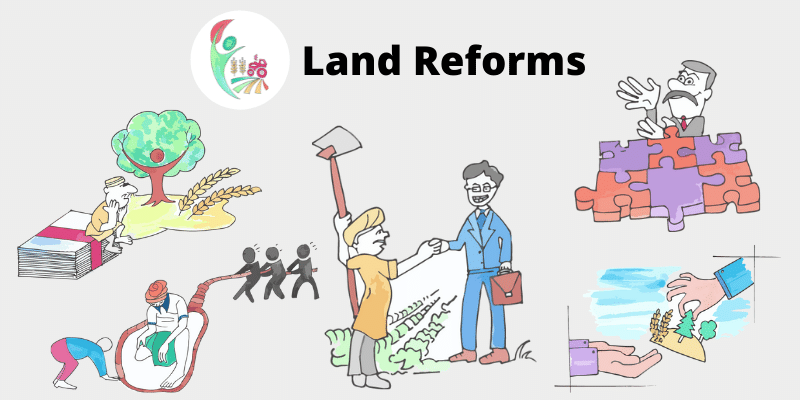 Land Reforms usually refers to redistribution of Land from rich to poor. It includes the following activities:

In an agrarian economy like India with massive inequalities of wealth and income, great scarcity and an unequal distribution of land, coupled with a large mass of people living below the poverty line, there are strong economic and political arguments for land reforms.

Land reform is the major step of the government to assist people living under adverse conditions. It is basically redistribution of land from those who have excess land to those who do not possess with the objective of increasing the income and bargaining power of the rural poor.

The purpose of land reform is to help weaker sections of society and do justice in land distribution.

The objective of land reforms includes:

Under British Raj, the farmers did not have the ownership of the lands they cultivated, the landlordship of the land with the Zamindars, Jagirdars etc.

Several important issues confronted the government and stood as a challenge in front of independent India:

A committee, under the Chairmanship of J. C. Kumarappan was appointed to look into the problem of land. The Kumarappa Committee's report recommended comprehensive agrarian reform measures.

The Land Reforms of the independent India had following components:

These were taken in phases because of the need to establish a political will for their wider acceptance of these reforms. 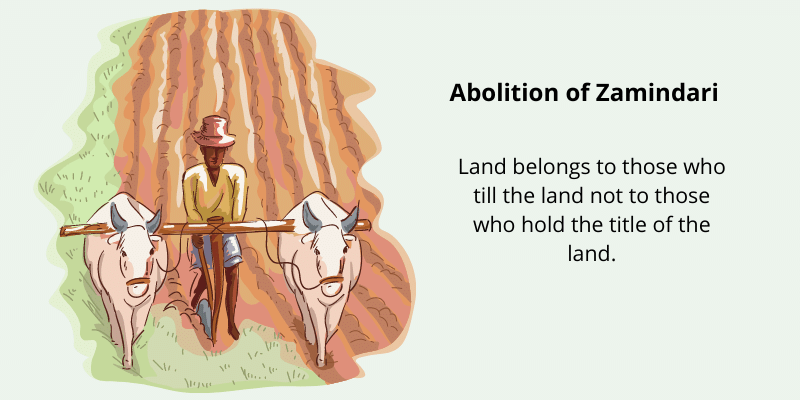 The first important legislation was the abolition of the zamindari system, which removed the layer of intermediaries who stood between the cultivators and the state.

It succeeded in taking away the superior rights of the zamindars over the land and weakening their economic and political power. The reform was made to strengthen the actual landholders, the cultivators. 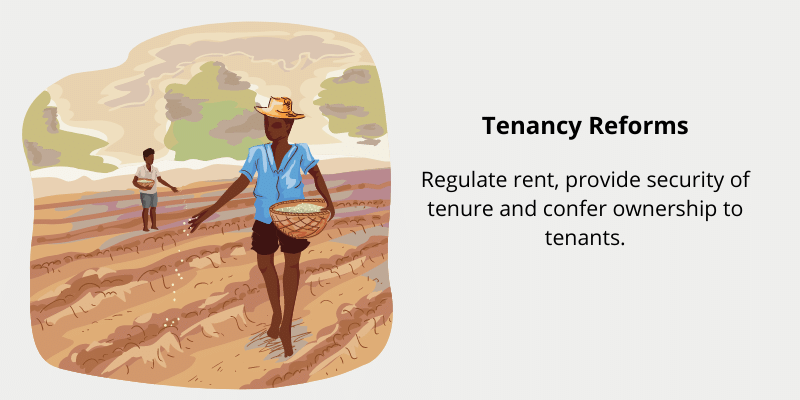 The rent paid by the tenants during the pre-independence period was exorbitant; between 35% and 75% of gross produce throughout India.

With the enactment of legislation (early 1950s) for regulating the rent payable by the cultivators, fair rent was fixed at 20% to 25% of the gross produce level in all the states except Punjab, Haryana, Jammu and Kashmir, Tamil Nadu, and some parts of Andhra Pradesh.

The reform attempted either to outlaw tenancy altogether or to regulate rents to give some security to the tenants.

In West Bengal and Kerala, there was a radical restructuring of the agrarian structure that gave land rights to the tenants.

Issues: In most of the states, these laws were never implemented very effectively. Despite repeated emphasis in the plan documents, some states could not pass legislation to confer rights of ownership to tenants.

Few states in India have completely abolished tenancy while others states have given clearly spelt out rights to recognized tenants and sharecroppers.

Although the reforms reduced the areas under tenancy, they led to only a small percentage of tenants acquiring ownership rights. 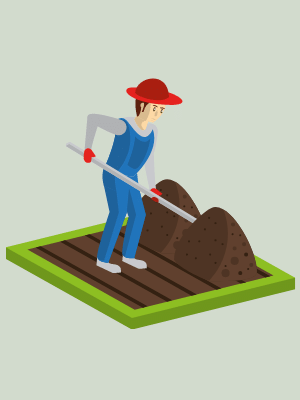 beyond which no individual farmer or farm household could hold any land. The imposition of such a ceiling was to deter the concentration of land in the hands of a few.

Issues: In most of the states these acts proved to be toothless. There were many loopholes and other strategies through which most landowners were able to escape from having their surplus land taken over by the state.

Consolidation referred to reorganization/redistribution of fragmented lands into one plot.