The word cell is a latin word that means ‘little room’. In science, cell also denotes such a room where many components work together to perform various functions and produce energy for cell itself and organs of the body. 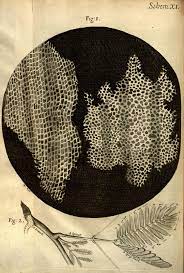 The discovery of microscope led to the discovery of cell. Robert Hooke in 1665 observed the slides of cork (part of the bark of tree) under microscope. He noticed partition boxes in the shape of honeycomb that were separated from each other.

Robert Brown in 1831 discovered the nucleus in the cell.

Purkinje in 1839 coined the term protoplasm for the liquid outside nucleus and inside the cell wall.

Most of the cells are very small in size and these cannot be seen with naked eyes. But some cells can be seen by the naked eyes, for example, an egg of a hen is a single cell.

Some cells are longer than others, for example, nerve cell is the longest cell in human body.

Some microorganisms are made up of single cell. But, larger the animal, larger the number of cells in its body.

For example, human body has trillions of cells which vary in shapes and sizes. Different groups of cells perform a variety of functions.

In 1839, Schilden and Schwan proposed cell theory. Later on, Rudolf Virchow added to this theory in 1858. The three parts of this theory are:

It is interesting to note that virus does not follow cell theory.

After several technological innovations, new parts are added to the existing cell theory. It includes:

On the basis of number of cells present in the organisms, cells can be classified as: Multicellular: Multi means many; cellular means cell. Organisms made of more than one cell are called multicellular.

Difference between Unicellular and Multicellular organisms

There are two types of cells that are found in the living organisms. These are: The basic components of cell includes:

Only Plant Cells have cell wall. Cell wall protects the cells from fluctuating temperature, harsh climate and wear and tear in external environment.

It provides structural rigidity to the cells and protects the plants or trees from outer environment.

The functional segments of DNA are called genes. Gene is the unit of inheritance in the living organisms. Chromosomes contains information for inheritance of characters from parents to next generation in the form of DNA (Deoxyribo Nucleic Acid).

For example, if your father has blue eyes, then it may be possible that you inherit blue eyes. This information is stored in the genes.

Ribosomes are present on Rough Endoplasmic Reticulum. It is present in all living cells. The protein is manufactured by the ribosomes. It is then sent to various places in cell by ER depending on the needs.

What is Membrane Biogenesis?

The protein or lipids manufactured by the SER are used for building of the cell membrane. This process is called membrane biogenesis.

Lysosomes are membrane-bound sacs filled with digestive enzymes that are made by RER. These enzymes can break down any organic material like bacteria or food.

These are a kind of waste disposal system of the cell. These help to clean the cell by digesting any foreign material or any torn cell organelle.

Why Lysosomes are called suicide bags?

During the disturbance in cellular metabolism, for example, if a cell gets damaged, lysosomes may burst and the enzymes digest their own cell. Therefore, lysosomes are also known as the suicide bags of cell.