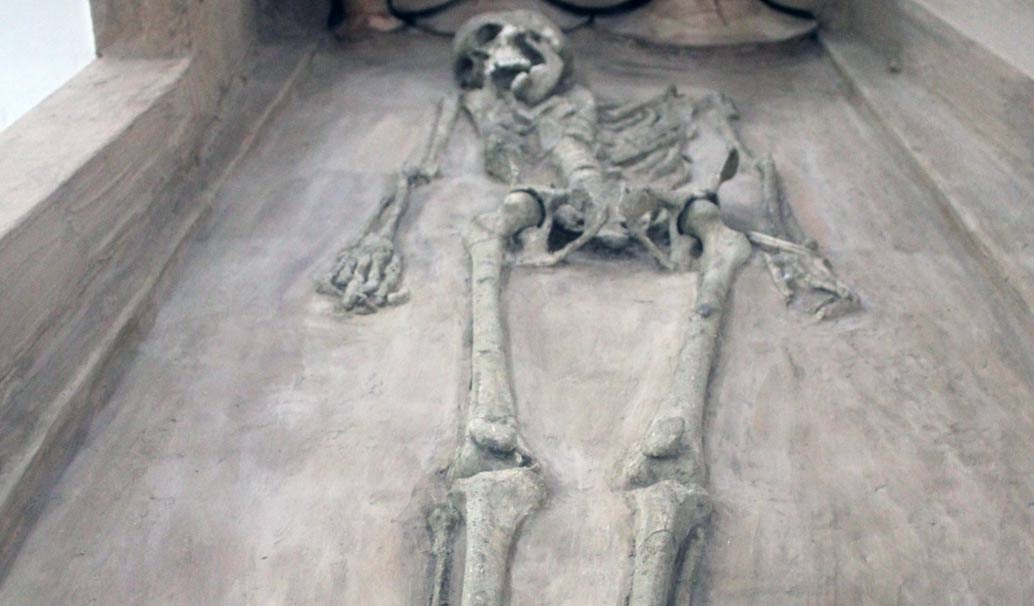 Skeletons from one of the world’s oldest civilizations—the Indus Valley or Harappan Civilization—have been unearthed in India.

The Indus Valley Civilization of India, Afghanistan and Pakistan covered about 2 million square miles (5.2 million square km) at its height and was extant from about 4500 to 1800 BC.

The skeletons were dated to about 5,000 years old and were unearthed in a cemetery in Rakhigarhi, a city of the ancient civilization. Rakhigarhi, in modern the state of Haryana, is the biggest Harappan or Indus Valley Civilization site, bigger even than the famed Mohenjo-daro .

Archaeologists have found various structures and many different types of artifacts at Rakhigarhi, including, toys, tools, fish hooks, copper tools, bone hairpins, beads of minerals and ivory, pottery with various designs, chert weights for trade or taxation, and jewelry from outside the vicinity. They also found seals with tigers inscribed on them.

he Harappan Civilization is one of the three oldest urban civilizations, along with Egypt and Mesopotamia, but it is the least understood. Its script is yet to be deciphered, and the knowledge of social structures and life during that period is scant. Rakhigarhi promises to change this as new discoveries continue to be made. It is one of the few Harappan sites which has an unbroken history of settlement—Early Harappan farming communities from 6000 to 4500 BC, followed by the Early Mature Harappan urbanization phase from 4500 to 3000 BC, and then the highly urbanized Mature Harappan era from 3000 BC to the mysterious collapse of the civilization around 1800 BC. That’s more than 4,000 years of ancient human history packed into its rich soil.

The skeletons, of two men, a woman and a child, were found in Mound 7 of the nine known mounds at Rakhigarhi. The different mounds contain different clues to the Harappan Civilization’s genesis and lifeways. Presently under excavation are mounds 4, 6 and 7.

Also researchers have found early Harappan stuff [at Mound 6], like pottery and antiquities. This proves that when the first settlers came to Rakhigarhi they settled near or on mound number six.”

Researchers found various types of toys, mostly figurines of animals as well as of mythical characters. A figurine of dog with a leash points towards their domestication aspect. Then we also found figurines of unicorns too, giving us impression about their mythical state of mind,” she told Hidustan Times. Other toys include miniature wheels, lids and balls of varying sizes, all mostly composed of terracotta.