Demography is the statistical study (such as - births, deaths, income, or the incidence of disease) of human populations. Demographers use census data, surveys, and statistical models to analyze the size, movement, and structure of populations.

According to this theory, as the population increases, the ratio of working population also increases and law of increasing returns begins, which means that total production starts to increase but after the full utilisation of resources, when Per-capita Income is maximum, every increase in population will reduce the PCI.

Therefore, the size of the population at which PCI is maximum is considered as Optimum population for a given country. 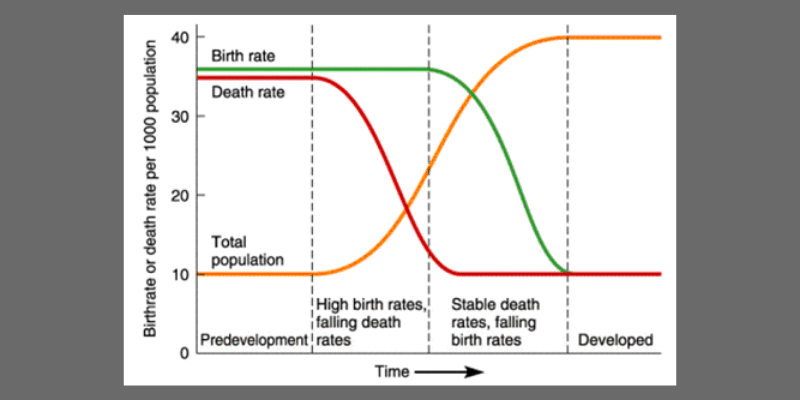 It could be expressed in 5 phases.

It refers increasing ratio of working population in the total population of a country, which could play vital role in economic development.

In India the ratio of working population is 63% and so it is the high time for Indian economy to become a global economic power.

If the rate of growth of population is higher than the economic growth, there will be a situation like Population Trap.

Note: India’s population policy was declared in 2001 and decided the Total Fertility Rate should be 2.1.